“Norman Lloyd, whose work – varying in style from van Gogh-influenced South of France paintings to British modernist school – was particularly beloved of Dallas decorators, has also been the subject of new scrutiny by Sydney art advisory firm Banziger Hulme. BZ has been wading through Lloyd’s war diaries, which contain 21 sketches and were purchased from the artist not long after World War I by the Mitchell Library in Sydney. …” 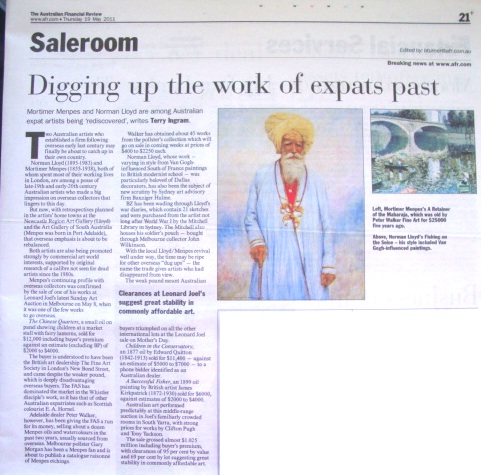